The Truth About Pistachio Gelato 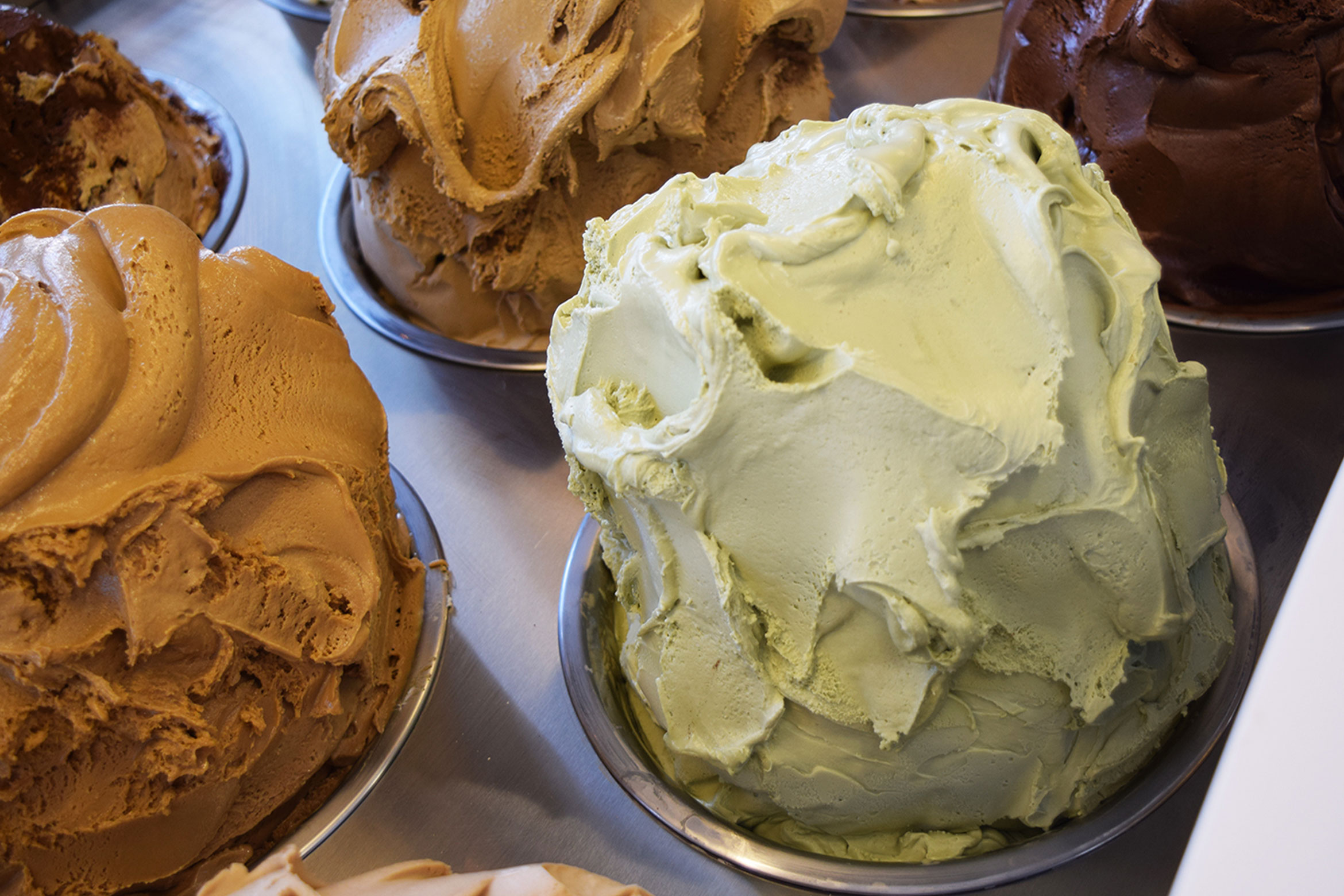 If you’re a regular Messina visitor, you may have noticed our pistachio flavour is not always available, and when it is, it has a very distinctive flavour, unlike any other gelato you’ll find. Why? We hear you cry!

Pistachio gelato is the most counterfeited flavour of all the gelati.

The reason for this is purely financial. The cost of the nut itself is about 3 to 4 times that of most other nuts.

The first type is made with Pistachio, Almonds & Chlorophyll (green colouring). These pastes generally cost around $25 per Kilo and are used by about 85% of all gelato retailers around the world, including Italy! It is by far and away the most common paste and the flavour this paste gives the gelato is basically what the world has unfortunately come to associate with “pistachio gelato“.

The second type is a pure pistachio paste, usually made with pistachio from Iran. These are lightly roasted (more for dehydrating the nut, rather than actually generating a roasted flavour) and then ground to a paste. It accounts for about 10% of the market and costs between $50-$60 per kilo. It yields a good quality gelato, but visually lacks the vibrant green colour you would get with the first type of paste discussed above.

The third variety is basically the same as the second type, but the pistachio’s come from Sicily, Italy. This variety is by far the most expensive. It accounts for about 5% of the market and costs between $60-$80 per kilo. To be even more specific some gelato producers claim to use a Sicilian pistachio from a specific region called Bronte, a town at the foot of Mount Etna rich in volcanic soils. For this, you’re paying around $90 per kilo, and this is what is generally accepted as the best pistachio nut in the world. Many claim that they use this pistachio paste, quite fraudulently! It's basically the paste that everyone ‘says’ they use when doing media interviews or marketing their product. Most of the time they don’t and its complete fib!

Then, finally, there is a fourth type of paste. This is the type we use –  it’s made with pistachio nuts that have the reddish skin taken off. This paste is not made by ‘ingredient manufacturers’ as the market for it is too small due to cost. As such, it can only be found in gelato bars around the world that actually process their own nut.

We can say, quite confidently, that there would probably be less than ten gelaterias around the world that do this with a genuine Sicilian pistachio nut and none of them, besides Messina are in Australia.

This resultant flavour is the most prized because the removal of the reddish, bitter and earthy skin, gives the paste a sweeter and fruitier taste. If you use pistachio’s from Bronte, buy it peeled and process it yourself, the cost is around $110 per kilo (plus processing costs).

This is why the pistachio at Messina is so truly pistachio green. When you mix red and green you get brown, by using a nut without the red skin, the paste keeps its fluorescent green colour. Unfortunately, most people when confronted with a gelato made with pistachio nuts without skin, question its authenticity because it’s a flavour that most seasoned Pistachio lovers have never tried or mentally associate with ‘Pistachio’.

To cap that off, the problem with making your own nut pastes is that unless you buy very specific refining machinery, you can only get the paste ‘particle size’ down to about 60 Microns. At 60 micron, you do get a bit of a gritty mouth-feel which some people find mildly off-putting. As many of you have noticed, we tried a different technique recently and with slightly different machinery (to try and speed things up) – the result was questionable. Suffice to say; it wasn’t overwhelmingly embraced with love and affection by pistachio lovers. We are now back to our old method of production that allows us to get the paste down to 25 microns. At this grade, we can reproduce the same texture as bought pastes but maintain the same ‘real’ flavour we’ve produced in the past.

As some of you may have noticed, we had been playing around with some different methods of producing our pistachio gelato. We adjusted our processes based on the seasonality of the pistachios. The result was a gelato that had a different, grainy-er mouthfeel. Many of our loyal customers immediately noticed the changes and felt that the older recipe was better.

It’s a shame that 85% of people that ‘think’ they know what real pistachio gelato is, is not actually made with real pistachio but is rather a mixture of pistachio, almonds and green food colouring. Unfortunately, we’ve all been tricked!

We make no apologies for trying to make a better product, but we do recognise that our version is not for everyone. Taste is very subjective and some people just like ‘pistachio flavour’ better than the real things, and that’s totally fine with us!

Whatever floats ya boat!

PISTACHIOS BEING HARVESTED IN SICILY 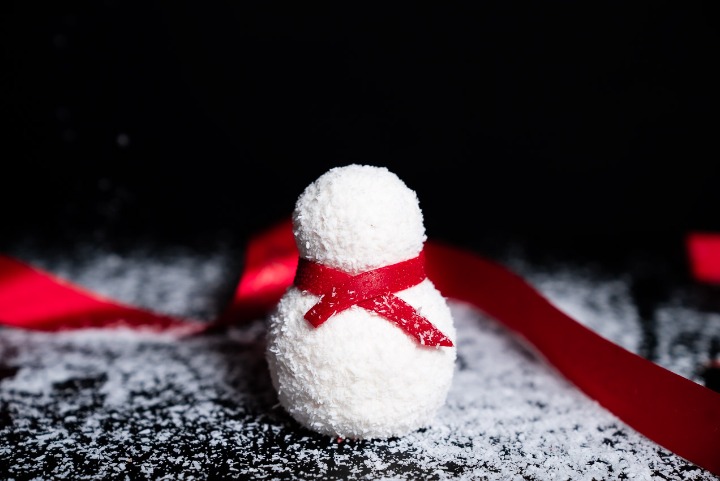 We're popping up in Southbank for the City Of Melbourne Christmas Markets this weekend. 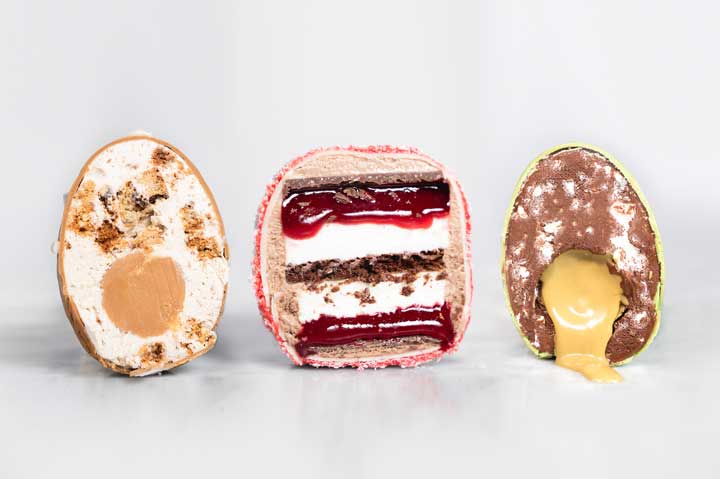 Our Easter Eggs are now sold out. There will be a very small amount available on Easter Saturday at Rosebery HQ. 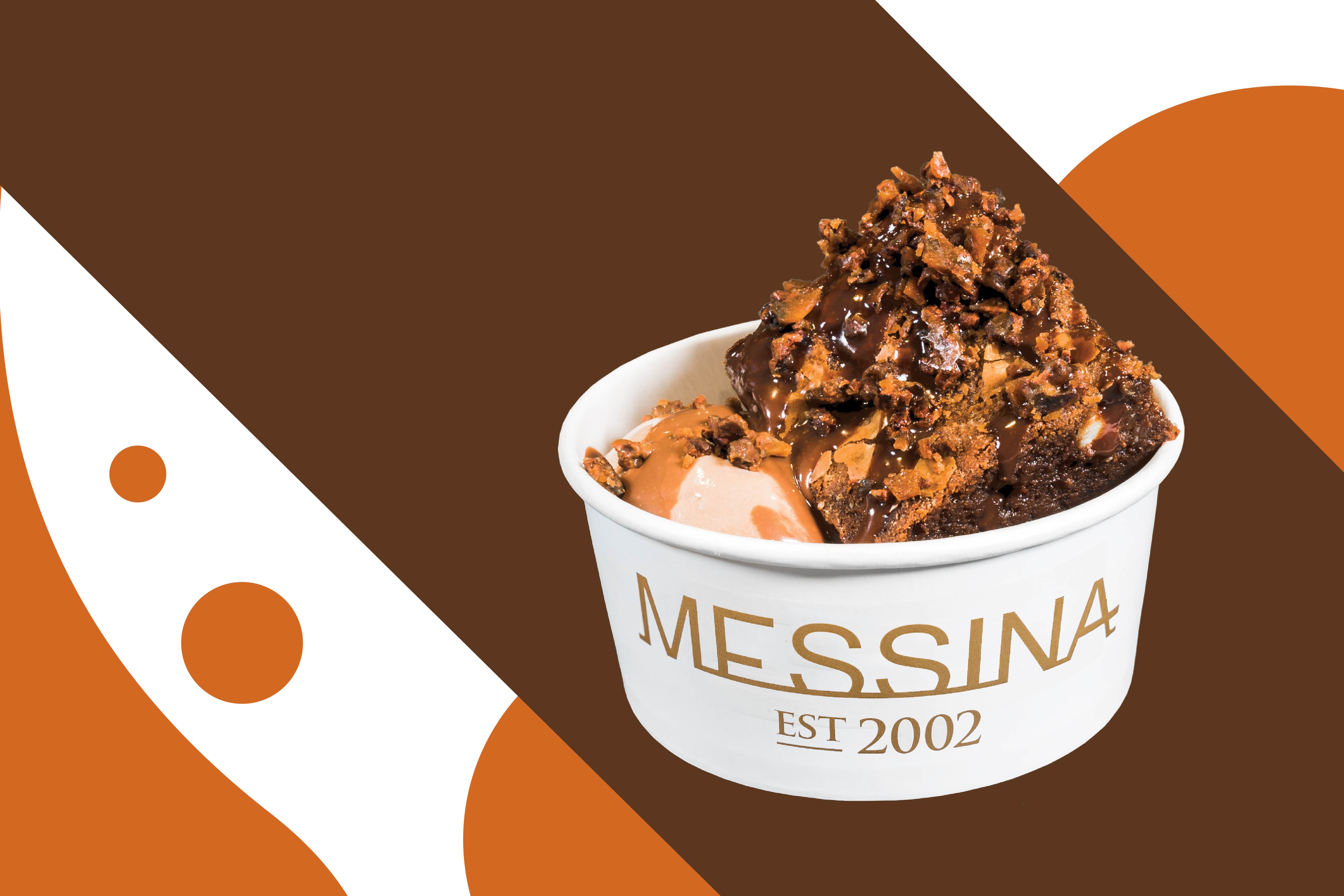 Parramatta Lanes has returned for 2018 with 14 different locations to add to your To Do list.
See All Posts 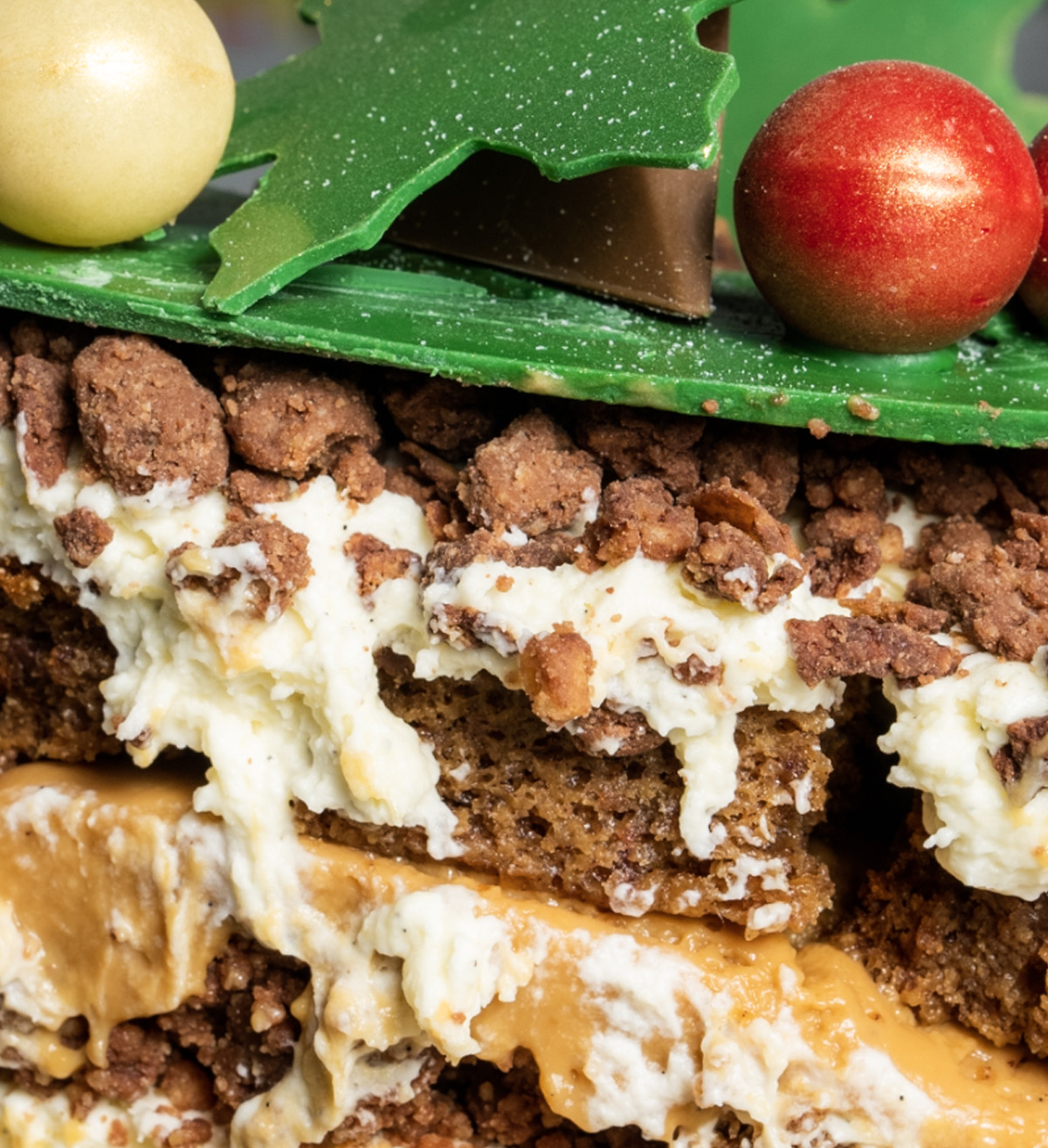 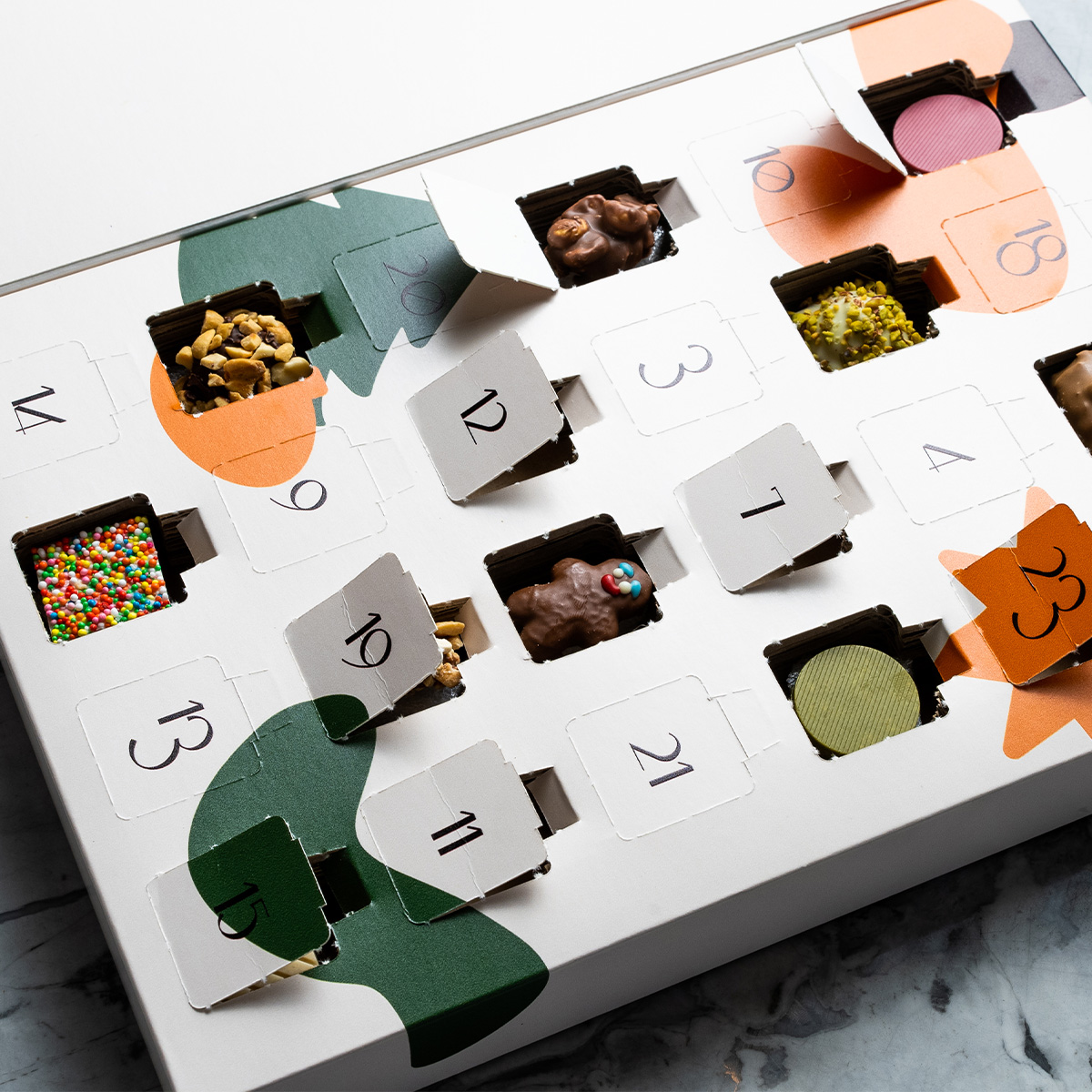 Our First Ever Advent Calendar (SOLD OUT)